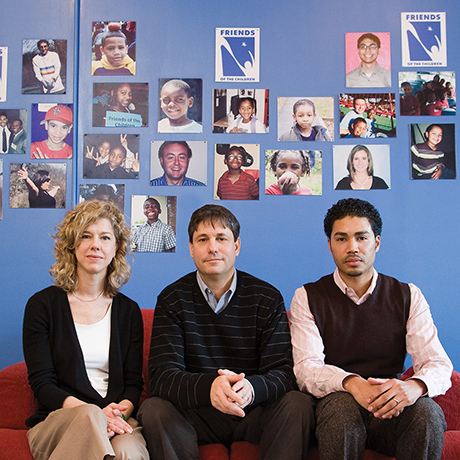 Boston-based GreenLight Fund, a nonprofit that’s helped fill service gaps for impoverished families in other major U.S. cities by importing best-in-class nonprofits to work on the issues, is coming to Detroit.

Local corporations, foundations and leaders have contributed $3 million to $4 million to support GreenLight Detroit’s first five years of operation, outpacing the other cities where the nonprofit operates, both in the initial amount raised and the number of funders contributing.

Launched in 2003 by John Simon, a managing director of Boston-based Sigma Prime Ventures, and GreenLight executive Margaret Hall, GreenLight works to improve the lives of families in high-poverty urban areas by working with an advisory committee of 20-30 local nonprofit, social entrepreneur, business, government and educational leaders to identify the most pressing, measurable service gaps — one each year. It then does extended due diligence and imports from other parts of the country nonprofits with a proven track record of helping solve that problem to work in Detroit long term, even after initial support from GreenLight expires. And it sets annual, measurable goals with the new nonprofits to gauge progress.

To read more of this story, visit http://www.crainsdetroit.com/article/20160619/NEWS/160619783/greenlight-fund-to-attract-best-in-class-nonprofits-to-detroit