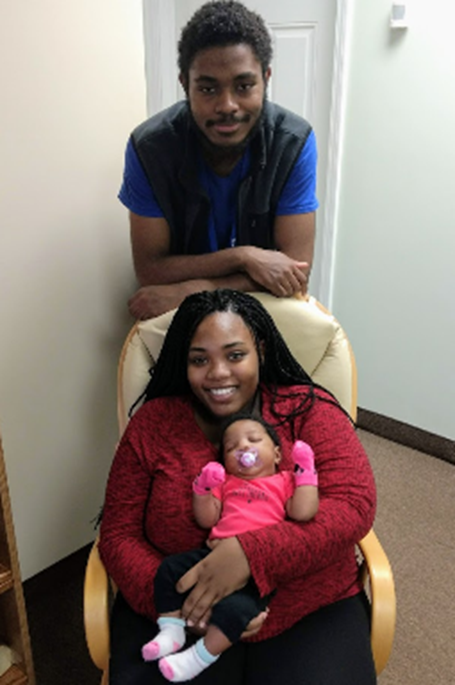 Daniel and his girlfriend were shocked when they found out they were pregnant. They searched online for a place that could give them the support they needed in the early stages of pregnancy. Their family recommended another clinic, but they continued searching and found A Woman’s Pregnancy Choice. They started out with a pregnancy test and then came back a couple weeks later to see the heartbeat of their precious baby on an ultrasound. They were still scared but felt better knowing they had good support in the staff of the center.

Daniel and his girlfriend joined the Earn While You Learn (EWYL) and Men2Men Programs. One of his favorite parts of the program is how he feels at home here. He appreciates not being pressured to change his beliefs or views on anything, but rather, his client advocate comes alongside him to help him grow as a person, and especially, as a father. When thinking about the parenting education he’s received, he states he’s “learned more than his parents did”. He felt prepared for the birth of his daughter this spring and he states he can understand her better.

Daniel wants other fathers to give the program a try. He has found the support and information valuable, and others might too!

For more information on the services available at AWPC, call 248-471-5858 or email us at info@answers4pregnancy.com.