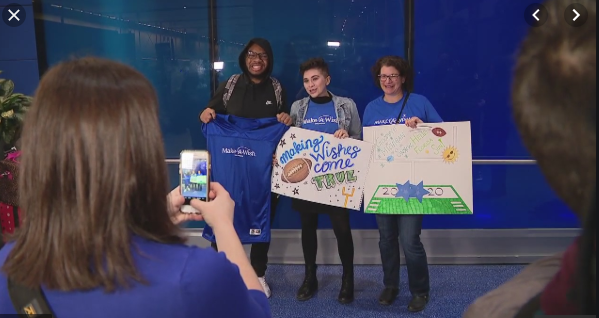 Make-A-Wish is sending Terry Irby, 18, to the event. The teen was given the VIP treatment at Detroit Metro Airport on Thursday.

Irby used to play football at Cass Tech High School, but blood work during a physical showed that his kidneys were only functioning at 5 percent. That led to dialysis three times a week for four hours each time, as well as a kidney transplant.

Irby is healthy now, but he still can’t play football so attending the Super Bowl is the next best thing.

The teen’s mother told Local 4 that beyond his health, Irby has faced other hardships. When he was 10, his father died and he became the man of the house.

But this weekend is all about being a teen and enjoying himself for a moment.