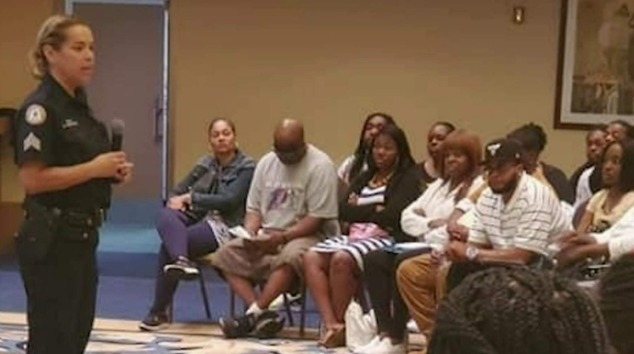 It’s like Spartans and Wolverines fans working together for a common goal, but in this case, it’s high school students and a group you’d least likely expect. The common goal is to form a bond that benefits not just the students but an entire community.

“I wanted to be a part of a family of another group of females,” high school graduate Rakia Ray said.

“It’s like a bond between different schools. We come together like every week and talk about our problems,” incoming college freshman Julius Draughan said. “They help us get over our problems and give us knowledge on different things.”

Julius and Rakia are talking about the Brotherhood and Sisterhood Mentoring Program they joined through their school. A group of men and women mentor them. Oh, and did I mention they’re also Detroit Police Officers?

“Whatever we need, they make sure that we have,” said Rakia. “They call us on a daily like ‘Do you need this? Do you need that? Are yall okay?’”

“We saw a need that was absent in the community as far as mentorship from the police and so we sought out to engage youth males in high schools across the city,” said Marcus Thirlkill with the Detroit Police Department.

Six high schools in total have this program within the Detroit Public Schools Community District. The officers have taken the young men under their wings meeting during and after school.