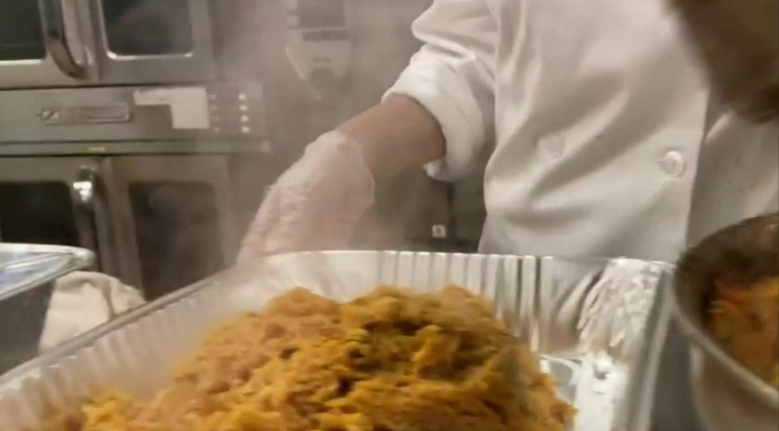 A group of Metro Detroit chefs came together four months ago to help feed those in need in the city.

There’s been a few changes along the way, but they’re still in the kitchen and making more meals than ever.

When restaurants started closing due to COVID-19 in March, some of Detroit’s chefs were still in the kitchen — they just catered to a different crowd. A handful of Detroit area award-winning chefs teamed up to start making meals to feed families living in shelters and the needy. They call themselves Too Many Cooks in the Kitchen for Good.

Culinary students volunteered to help chefs prepare meals for an estimated 400 people every day, Monday through Friday — about 2,000 meals a week, 9,000 meals so far.

Feeding that many people means they needed to get creative, so they turned to local distributors and collected food some businesses were planning to throw away and recovered it before it went to waste.

The group also started taking food donations from across the state — little did they know, their work was just getting started. Chef Phil Jones became the team’s real secret weapon.

“As time progressed, we started taking in donations from all over the place, some charity capital for building produce,” Jones said. “People were bringing produce that they were growing on their own. Just a lot of people really stepped up and helped the people that were actually doing the preparation.”

Months later, they’re still at it and delivering bags of donated fresh fruits, vegetables, recovering food and redistributing it to those who need it most — working together to make sure Detroiters know they’re not forgotten about after months in the midst of a pandemic.