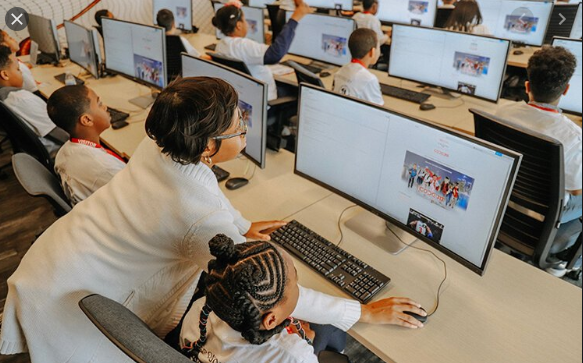 Though it no doubt drew smiles to the faces of the region’s schoolchildren, last week’s snow days were certainly the cause of consternation among working parents scrambling to find child care at the last minute.

It was no doubt a disappointment, too, for the Detroit-based nonprofit organization CODE313. The organization, which teaches computer coding skills to students ranging in ages from 7 to 17 years old, was scheduled to celebrate the opening of its new Detroit home and STEM Academy headquarters. The snow day forced the cancellation of their grand opening there.

It’s just a minor setback, however, as CODE313 is now set to celebrate its grand opening on Thursday, March 5, when approximately 100 students will visit the space for the first time.

“Working with Junior Achievement is the perfect match.”

CODE313 provides Detroit schoolchildren opportunities to learn coding in a city that is considered the least connected in the U.S., according to the organization.

They are moving into the second floor of the Junior Achievement of Southeastern Michigan headquarters in downtown Detroit. The 2,500-square-foot space features STEM and computer stations, drone and flight simulators, and more.

“JA believes in the power of hands-on educational programs facilitated by caring adults committed to the success of the next generation,” says Junior Achievement President and CEO Jason D. Lee.