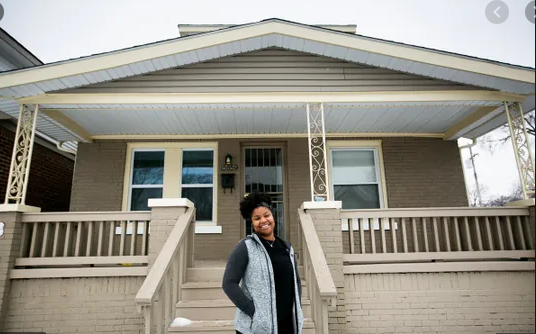 A decade ago, the stretch of homes along Santa Rosa near Puritan was in rough shape: some houses were boarded up while others were open to the elements, most inviting unsavory activity.

Around the corner, Arric Wilkerson, pastor of Up from the World Ministries on Puritan, wanted to do something about the squatters and drug dealers that were drawn to the derelict block.

“Because we were driving through this community on a daily basis, we saw these homes that were abandoned and some of them were empty and some of them had squatters in them …” Wilkerson said. “We started renovating them one at a time.”

The church bought and fixed up nearly 25 homes, at a cost of about $25,000 each for the renovations, and 15 lots in a two-block area on Santa Rosa and Stoepe. Crews worked on them, lot by lot. A decade later, they’ve nearly completed the mission.