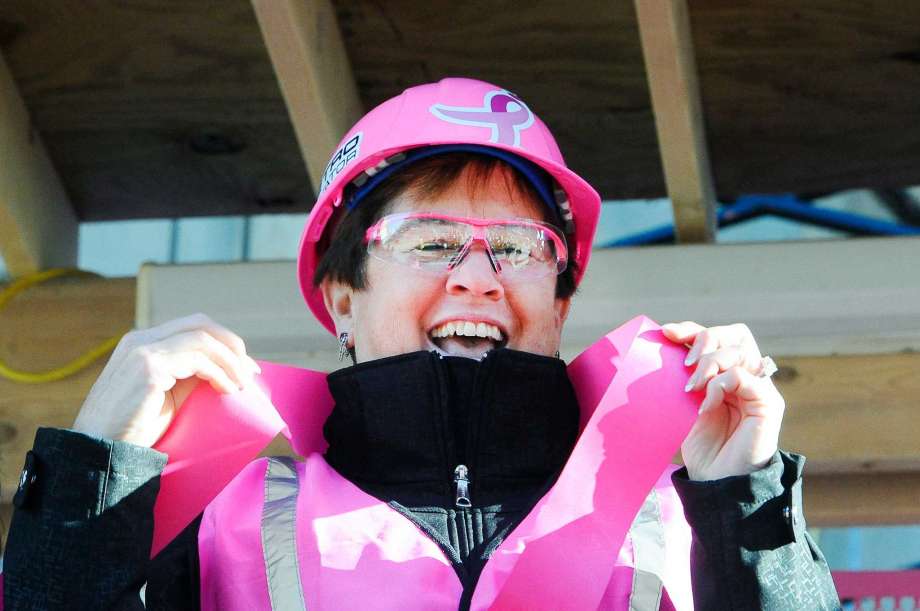 The color pink and construction don’t typically go hand in hand, but one company thought it was the perfect fit for a good cause.

Walbridge Construction marked a special occasion this week at ‘The Griswold’ project at the corner of Michigan Avenue and Griswold Street in downtown Detroit, by unveiling two massive, pink elevators at their construction site for breast cancer awareness.

An initiative Michigan’s First Lady, Sue Snyder, has been involved with from the beginning.

“Sue Snyder approached us and asked if we would interested in being involved with Pink Elevator,” said Walbridge CFO John Rakolta, III. “The first lady is a survivor of breast cancer and her mother and grandmother have both been impacted by the disease so we felt it was a request not only from her, but from the state to support this great initiative.”

This is the nation’s 10th “Ride the Pink Elevator” campaign to raise money benefiting the Susan G. Komen Foundation for breast cancer research and the first in Detroit.

“The pink elevator has been up for about a month and we’ve had some fundraising efforts to go with it,” Rakolta said. “So far we’ve raised over $15,000 to benefit Susan G. Komen.”

Haven’t seen them yet? Don’t worry!

“The elevators should be up until the beginning of 2017 until the Griswold construction is complete,” said Rakolta. “The corner will be transformed into about 80 apartment units on top of the Michigan Avenue parking garage, it’s going to look phenomenal.”

For a construction company that’s been construction solid buildings for a solid 100 years – the Walbridge team hopes the pink elevators are not only inspiring for those who see it walking the streets of Detroit, but their workers on the project day in and day out.