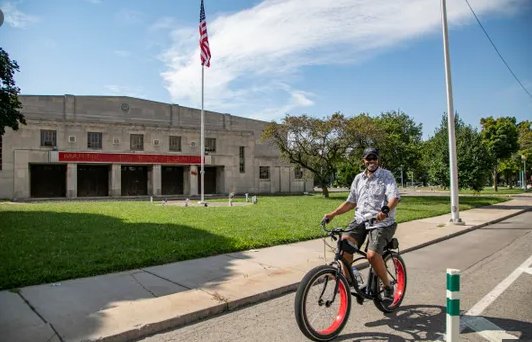 After closing its doors more than a decade ago, the sprawling R. Thornton Brodhead Naval Armory on Jefferson Avenue along the Detroit River could finally have a buyer.

The Parade Co., which puts on the city’s annual Thanksgiving Day parade, has submitted a plan to buy the building and move its headquarters there, which would include restoring the front portion of the building, while demolishing the back half to make way for a new addition.

“Our goal is to bring life back to a landmark jewel which will serve as a new home and studio for The Parade Co.,” Tony Michaels, president and CEO of The Parade Co., said Monday. “We are at the beginning of the important and necessary process in taking the appropriate steps, given the fact that the building has been unoccupied for 16 years.”