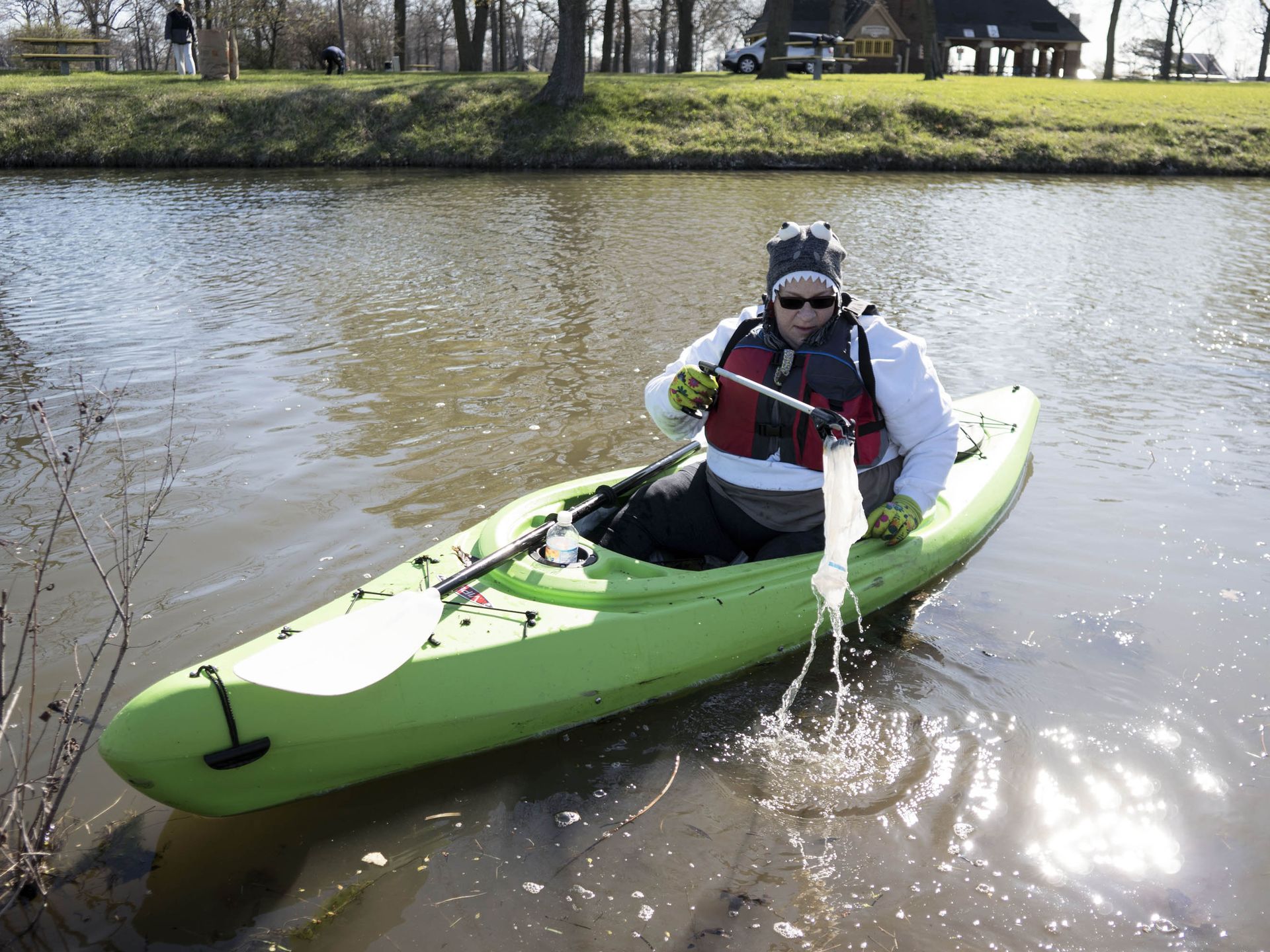 Just about everywhere you went on Belle Isle this morning, there were crews of volunteers getting their hands dirty — raking what seemed like mountains of leaves, clearing tree branches, cleaning up debris.

“My mom used to tell me how good this place used to look,” Lucas Sitto of Warren, a first-time visitor to the island, said as he gathered a pile of leaves near the Belle Isle Zoo and threw them in a big bag. “It could use some work.”

Sitto and hundreds of other people were determined to provide that help, spending hours this morning participating in the Belle Isle Park Annual Spring Clean-Up. There were young people and adults, Detroiters and suburban residents, individuals and big groups.

The event was coordinated by the Belle Isle Conservancy and the Michigan Department of Natural Resources. It was held to coincide with the celebration of Earth Day, which officially was Friday.

The Belle Isle cleanup has been held since the 1970s, said Genevieve Nowak, director of volunteer services for Belle Isle Park.

“It’s been wonderful,” Nowak said as the event began wrapping up and volunteers were getting set to chow down on lunch. “We had an absolutely incredible group of volunteers.”

That included the folks who were part of the cleanup efforts, but also the volunteers who helped organize the event.

Nowak said an estimated 700 people participated. For the first time, they worked with Riverside Kayak Connections to have experienced canoers and kayakers help with the cleanup.

“They got out into the canals and cleared the debris,” Nowak said.

Al Ellis of Grosse Pointe Farms was one of them. He has participated in similar events in other areas of Detroit.

“We work in the city, and we want to help out and do what we can to keep the park beautiful,” Ellis said.

For Ashley Hoskins of Canton, it was an opportunity to participate in an activity with her coworkers at WSP/Parsons Brinckerhoff and also to help her hometown. She said she’s excited by all the development happening in the city.

“I wanted to give back to the city of Detroit. I was born and raised here and I want to see the city prosper.”

Grace Marchionda of Warren was among the first-timers to Belle Isle.

“It is really pretty,” she said.

She came out, she said, because it’s an Earth Day event.

“And we want to be helping clean up the environment,” Marchionda said.