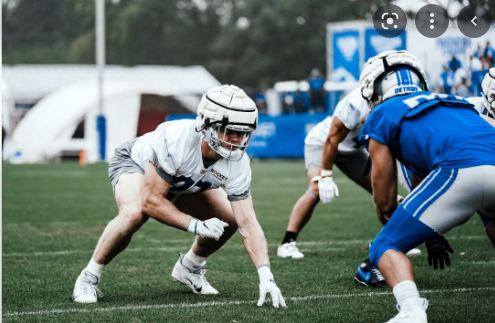 We are 10 practices into training camp after Saturday’s Family Fest practice at Ford Field. It’s been a good start to camp for head coach Dan Campbell and the Detroit Lions, with the first preseason game slated for Friday at Ford Field against the Atlanta Falcons.

There are always players who stand out early in camp, but there’s a lot of camp and three preseason games to go.

But early on, here’s my look at 10 players who have stood out:

Goff seems to have picked up right where he left off last season when his passer rating of 101.8 in his final six starts (3-2-1 over that span) was the sixth best in the NFL. He and new offensive coordinator Ben Johnson built this scheme around the things Goff likes and does well, and he’s looked sharp with a great command of this offense early on.

Source: 10 players who have stood out in Detroit Lions training camp practices