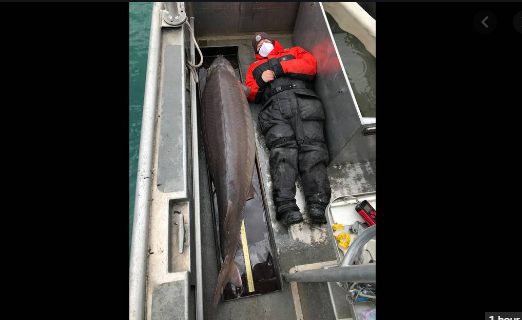 A massive sturgeon caught last week has likely been swimming in a Michigan river since before the Great Depression.

The fish caught in the Detroit River is also one of the largest lake sturgeons ever recorded in the United States, according to the Alpena Fish and Wildlife Conservation Office. Dubbed a “river monster,” it weighed 240 pounds and measured 6 feet, 10 inches long.

Officials say that based on the sturgeon’s size, it has likely been in the river for more than 100 years. If the fish was born in 1921, it shared a birth year with Prince Phillip, astronaut and senator John Glenn and former First Lady Nancy Reagan.