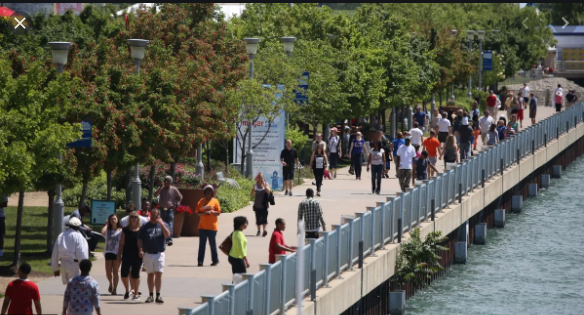 Work has begun on a $2.9 million project to clean up an area of contaminated sediments in the Detroit River and extend the popular RiverWalk along the east riverfront by linking two waterfront parks.

“When this new stretch of RiverWalk is complete, it will fulfill our vision of 3.5 miles of RiverWalk along the east riverfront, and it will provide a direct connection from the RiverWalk to Belle Isle,” said conservancy president and CEO Mark Wallace.

The EPA will isolate and stabilize the contaminated sediments from more than a century of industrial activity along the river with an environmental cap of clean material including carbon and sand placed upon it. The conservancy will then cover the cap with stone rip-rap to stabilize the seawall and provide support for an extended RiverWalk.