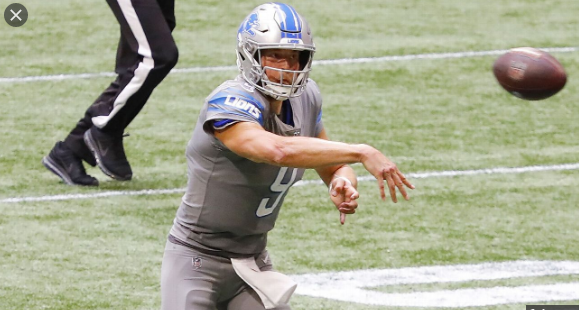 There was a time Matthew Stafford did this on a weekly basis, where the man became synonymous with the fourth-quarter comeback. It hadn’t happened as much the past three seasons, as the Detroit Lions had become known for giving up leads and games instead of coming from behind to win one.

Then Stafford got the ball back with 64 seconds left, no timeouts, and 75 yards to go. And Stafford became the Stafford he had been for a lot of the mid-2000s, slicing through the Atlanta defense with big play after big play, carrying Detroit on his shoulder pads to a scramble and buy time to find T.J. Hockenson with an 11-yard touchdown with no time left.

Matt Prater’s extra point was good and Detroit Lions 23, Atlanta Falcons 22, giving life to Detroit’s season and taking the franchise back to 3-3.