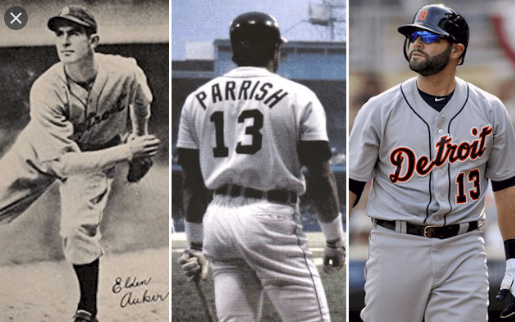 The Tigers’ home jersey is one of the most recognizable in baseball thanks to the Olde English “D” on the front. The numbers on the back might take some reminding.

While the greatest Tigers of all have their numbers on the outfield wall at Comerica Park, those cover just a fraction of the range of digits worn by Tigers players over the years. Some are ingrained into memory, but many are long forgotten. With that in mind, here’s one reporter’s list of the greatest players to wear each number in Tigers history.

No number: Ty Cobb
He played in an era before players had jersey numbers, which is why his name hangs on Comerica Park’s outfield wall without a number.

1: Lou Whitaker
The Tigers will retire this number for Whitaker shortly, boosting his case for a future Baseball Hall of Fame vote. His 75.1 WAR ranks 51st all-time; only Barry Bonds and Bill Dahlen have a higher WAR without being in the Hall, among players who are eligible.

2: Charlie Gehringer
The Tigers retired the number for Gehringer in 1983, 40 years after his career ended. The lifelong Michigander was nicknamed “The Mechanical Man” for his remarkable consistency.