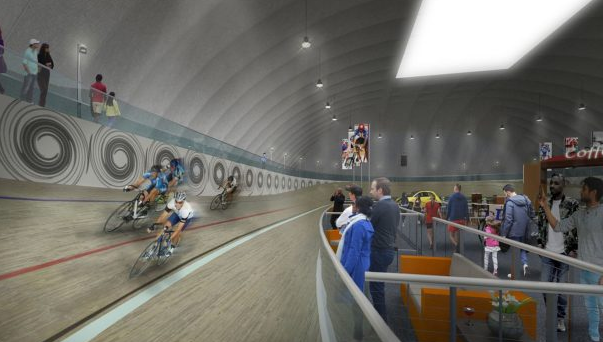 The second indoor velodrome in the United States opened its doors Saturday night, giving city kids and seniors a facility where they can ride bicycles and participate in other athletic activities for free.Several hundred people attended a private preview of the Lexus Velodrome at 601 Mack, just west of Interstate 75, including Detroit resident Alysha McGee, who said she was impressed by the facility, which was bathed in blue and purple lighting.“The city really stepped outside the box with this,” she said. “It has a European feel to it.”The $4 million velodrome and sports complex, which is set to open Jan. 26, features a bicycle track, walking and running track and weight-training area, was paid for by an undisclosed “angel donor” and is operated by the nonprofit Detroit Fitness Foundation, which was formed in 2016.“Our mission statement is simple: to provide fitness and sporting opportunities for Detroiters, with a focus on kids and seniors,” Detroit Fitness Foundation director Dale Hughes said during the opening ceremony.