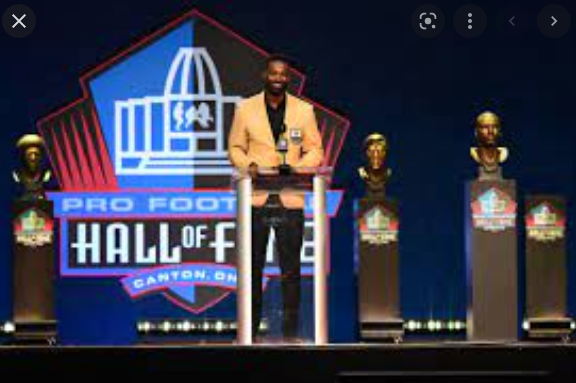 Detroit Lions legend Calvin Johnson was officially inducted into the Pro Football Hall of Fame, just the third join the Hall before turning 36.

Johnson delivered a speech at the Hall of Fame ceremony on Sunday in front of family, friends, former coaches and former teammates, including former Lions QB Matthew Stafford.

“Lions fans and the city of Detroit, when we were 0-16 you never stopped showing up. You were disappointed, but you never stopped showing up. Every week, you showed up. And this motivated me to do the same thing for you. You loved me and my family unconditionally over these 15 years. I want you to know Michigan is our home, Detroit is our city and Lions fans are our pride,” Johnson said.

Johnson spent his entire career with the Lions, holding the team record for most career receptions (715), yards (11,619), and touchdowns (83). He retired after nine seasons, mostly due to chronic pain and injuries.