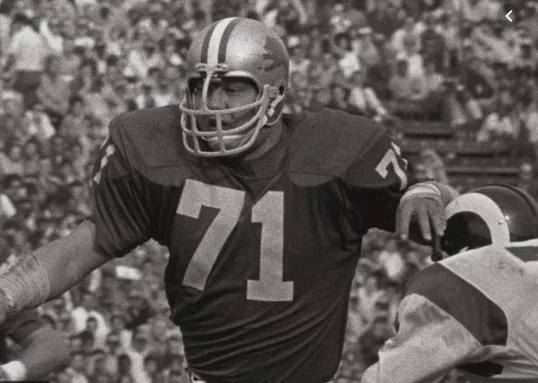 The Detroit Lions have another Hall-of-Famer in the family.

Defensive tackle Alex Karras was selected to the Pro Football Hall of Fame on Wednesday as a member of the 15-person centennial class.

Karras, who starred for the Lions in 1958-70, was one of 10 senior-era players picked as by a panel of voters that will be enshrined in Canton later this year.

Carolyn Karras, one of Alex’s daughters, said she was overcome by emotion after learning of her father’s selection by text message Wednesday morning, a selection that she said “brings closure to a lot of different things in our life.”

“I don’t know why it’s so shocking,” she said. “He deserved to go in, it’s just that I never thought that he’d go in. I really didn’t. And I thought, yeah, this year, if he doesn’t do it this year I don’t think he’s probably going to.”

Three contributors and two previously-named coaches, Jimmy Johnson and Bill Cowher, also were picked as part of the centennial class. They’ll be joined by up to five modern-era players, who will be chosen by the regular Hall-of-Fame selection committee before the Super Bowl next month.

Karras was a member of the NFL’s 1960s all-decade team and played alongside Hall-of-Famers including Joe Schmidt, Lem Barney and Yale Lary in Detroit.

He made four Pro Bowls and was a three-time first-team All-Pro with the Lions, but he also missed the 1963 season while serving a suspension for gambling.

Many believe that suspension is what kept Karras from Canton while he was alive, though Green Bay Packers running back Paul Hornung, who also was suspended for gambling, was inducted into the Hall of Fame in 1986.

After his playing career, Karras spent time as a professional wrestler and later became a popular actor. In two of his biggest roles, he played Mongo in the 1974 film “Blazing Saddles” and then George Papadapolis, the father of the adoptive title character in the 1980s TV show, “Webster.”