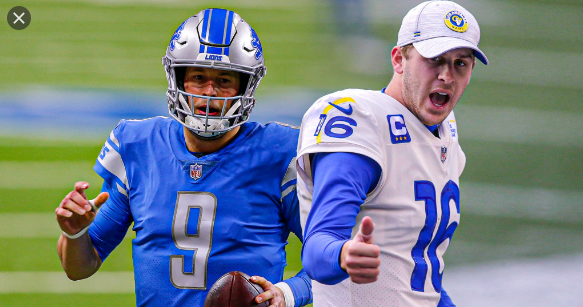 Matthew Stafford is now the quarterback of the Los Angeles Rams. ESPN reports the Detroit Lions agreed to send Stafford to L.A. for quarterback Jared Goff and multiple draft picks.

Goff to Detroit once again pairs him with the Lions’ general manager Brad Holmes who was the director of college scouting in Los Angeles last season. He helped the Rams trade up in the 2016 NFL draft to hire Goff. During his tenure in L.A. Goff achieved a 42-27 record and a Super Bowl appearance, landing a four-year $134 million deal.