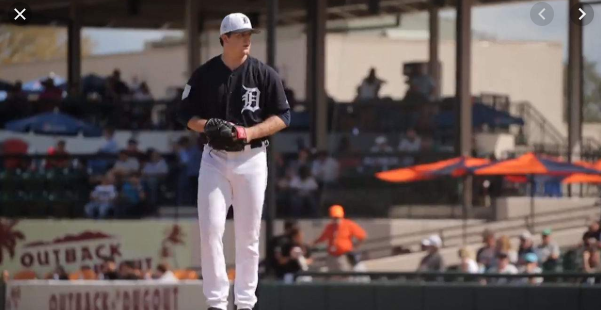 The Detroit Tigers are desperately trying to climb back into the ranks of competitive MLB teams, and according to both major prospect lists that came out last week, the organization is on the right track with pitching.

Both lists agree, however, that the Tigers have some of the best young pitching talent in the pipeline. In fact, only one team has done a better job stockpiling pitching prospects than the Tigers.

MLB Pipeline believes the Tigers have the best pitching in the minors, ranking Mize as the No. 7 overall prospect, Manning No. 24 and Skubal No. 46. The Tampa Bay Rays — the only other team with three pitchers ranked in the top 100 — have Brendan McKay at No. 15, Shane Baz at No. 90 and Brent Honeywell at No. 91.

Obviously, MLB Pipeline believes the Tigers have the best high-end pitchers in the minors. Baseball America doesn’t quite agree, though.

Detroit has three pitchers ranked well ahead of Tampa Bay’s second-highest pitching prospect, but the sheer number of top prospects gives the Rays an edge.

Beyond that, though, no other team can really challenge the Tigers.

Baseball America definitely went pitcher heavy in its rankings. After the Ray’s mark of five ranked pitching prospects, the Tigers, Padres, Dodgers and Twins each have three.

If you just look at the top 100 lists, it’s clear the Tigers have one of the two best arsenals of pitching talent in baseball.

Source: Detroit Tigers have more minor league pitching talent than any other team, except one