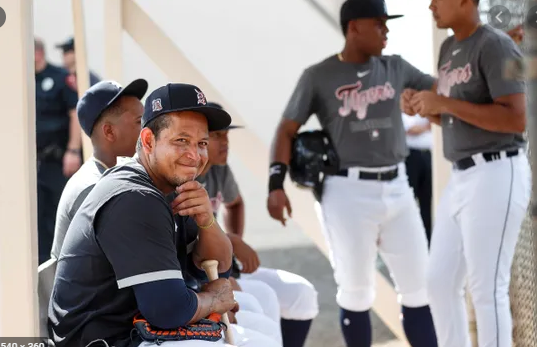 Cabrera has been highly effective this spring. Through Sunday, he was tied for the second-most at-bats on the team and he had a .348 average with three home runs and seven RBIs.

Cabrera turns 37 in April 18 and faces the reality of trying to get through a major league season with chronic pain in his right knee.

Cabrera has helped himself by slimming down and Gardenhire has judiciously managed his workload this spring. That has led to keeping his superstar hitter effective and in the lineup. Gardenhire’s approach has been to get Cabrera three at-bats, then get him off his feet.