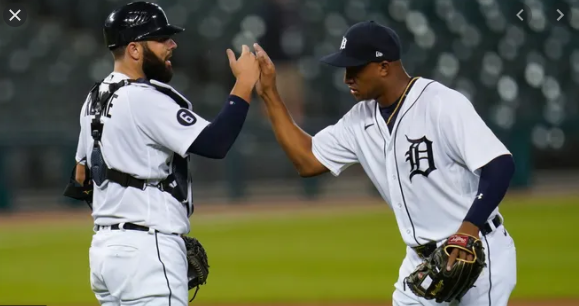 During Tuesday’s coverage of the Detroit Tigers game against the Chicago Cubs, Fox Sports Detroit let their audience in on an incredible gesture the team made for its players.

For those players, this season has been one of sacrifice. Gone are many of the routines afforded baseball players for generations. Chief among those, is the sparse contact with their families during the season.

In an effort to keep their teammates, and their loved ones, as safe as possible, many players are trying to quarantine themselves during this 60-game schedule sprint.

About last night:Spencer Turnbull powered up by new mantra: ‘Less is more’

And so, as the Tigers were warming up before Tuesday’s game, the organization played a series of messages from their players’ families.

Easily the best part of this is all the kids. From Matthew Boyd’s two little ones, to Miguel Cabrera’s three to Ron Gardenhire’s young grandchildren (their “Go Tigers” yell is the best) to Jonathan Schoop’s family and Gregory Soto’s toddler.

And during those messages, each player could be seen watching the big scoreboard in left with a wide smile as they saw their loved ones.