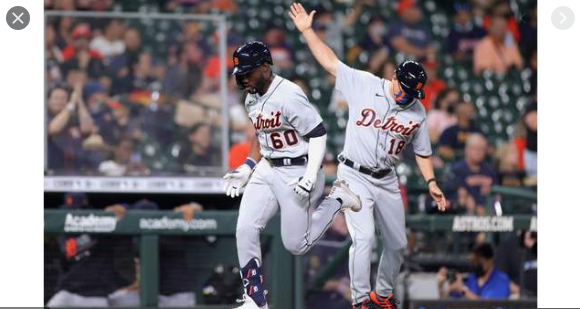 Apparently once you hit four home runs, you become worthy of having a jersey for sale (kind of).

At least, that was the rule for Akil Baddoo, who blasted home run No. 4 on Tuesday night against the Houston Astros. It’s just his eighth career game, and he’s already one of the biggest stories in the league.

Baddoo hit a home run on the first pitch of his career. No jersey for sale. He hit a grand slam in his second game. No jersey. Then, he hit a walk-off single. And an RBI triple. And a home run in the first game against Houston.

But after his home run to tie the game Tuesday, the Detroit Tigers finally caved:

Source: Detroit Tigers tweet that Akil Baddoo jerseys are (kind of) for sale after his fourth homer