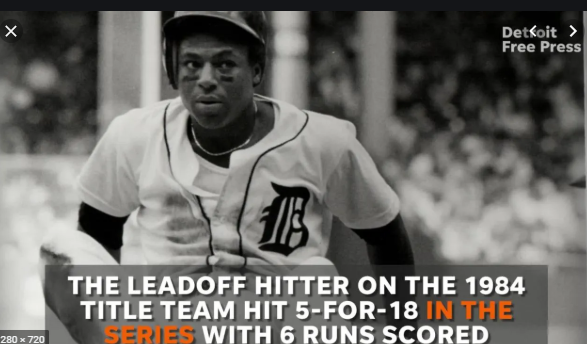 The Detroit Tigers announced Tuesday that they will retire second baseman Lou Whitaker’s jersey number, No. 1, during the 2020 season. The ceremony will take place on Aug. 29 at Comerica Park, before  their game against the Red Sox. Whitaker, who played in Detroit from 1977-1995, will become the ninth player in franchise history to have his number retired.

“The Detroit Tigers are one of the most storied franchises in the history of America’s pastime,” Detroit Tigers owner Christopher Ilitch said in a statement. “Without question, ‘Sweet Lou’ is one of the greatest players to ever wear the Olde English ‘D.’ His hustle. His grit. His dedication. On behalf of Tigers fans everywhere, it was a tremendous honor to call Lou a short time ago to inform him that the Tigers are retiring his iconic #1 at Comerica Park during the 2020 season.”

“There aren’t a whole lot of words that could describe how I’m feeling right now – but surreal might be the closest one,” Whitaker said in a statement. “It was the honor of my life to wear the Olde English ‘D’ for all 19 years of my career, and share the diamond with so many talented ballplayers along the way. I’d like to thank Tigers ownership and front-office leadership for bestowing this honor on me, and I’m already looking forward to celebrating with all the great Tigers fans at Comerica Park next August!”