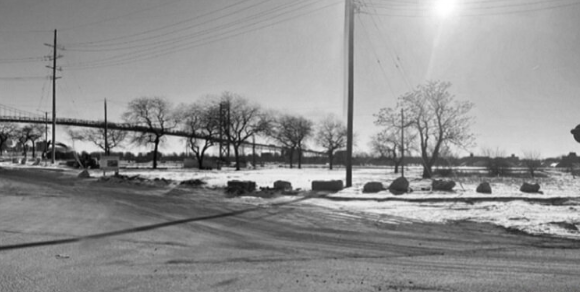 Located in the shadow of the Ambassador Bridge, Riverside Park is by far Detroit’s busiest park. And with major renovations and new trail connections on the way, it’s only going to become more popular over the next few years.

Plans are now underway to connect the Southwest Detroit recreation area with two greenways. And the 29-acre park is also in the midst of an impressive overhaul.

In the last of a series of renovations that began in 2018, the city plans to upgrade 13 acres of Riverside Park along the eastern edge of West Grand Boulevard this summer and fall. Among the upcoming enhancements will be a splash pad, playground area, outdoor gym, series of new shelters including a large shelter, sledding hill, amphitheater, and comfort station with its own concession area.

Detroit Chief Parks Planner Meagan Elliott expects the sledding hill to be a big hit with Southwest Detroiters, who have long desired a sledding hill close to their homes.