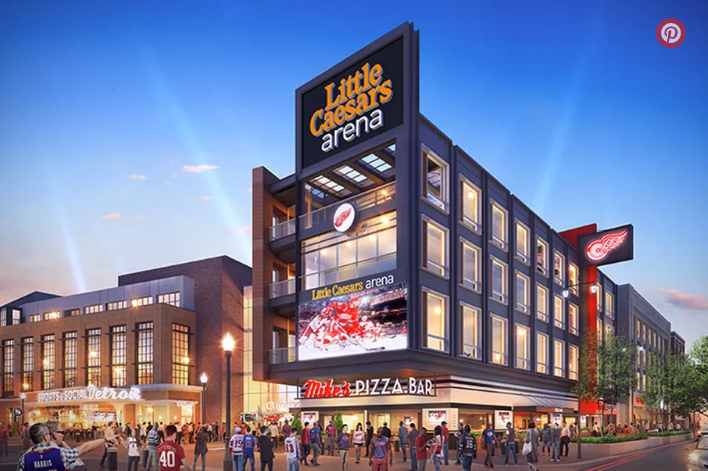 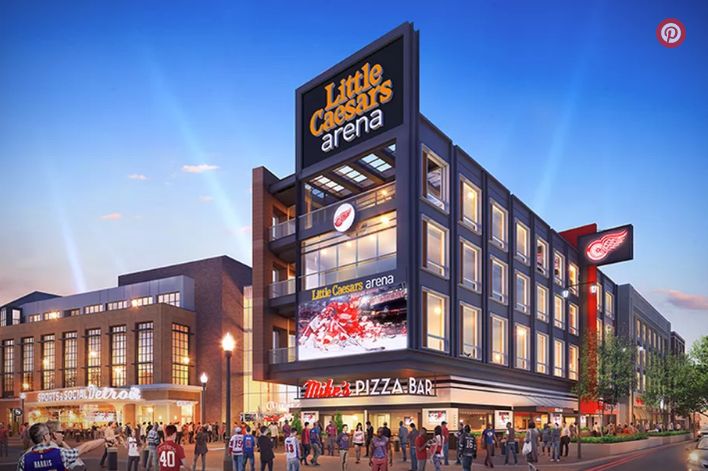 The Ilitch family’s palatial chain pizza advertisement, the Little Caesars Arena, is about to get even more pizza-fied. The Ilitch Holdings development known as The District Detroit will include a restaurant called Mike’s Pizza Bar and a bar called Sports & Social Detroit. Both are expected to open on the southeast corner of the stadium when its unveiled on September 12, according to a realease. Mike’s Pizza Bar, named after Little Caesars founder Mike Ilitch who died earlier this year, is described as a “