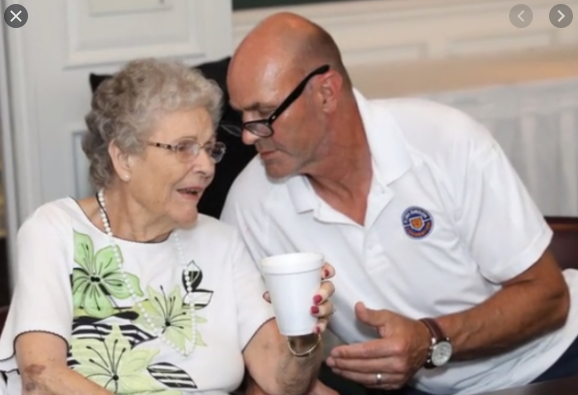 Barbara Gibson, the mother of Tigers legend Kirk Gibson who was a long-time speech teacher and drama director at Clarkston High School and was known as “Ma” by her students, has died.

Gibson died Oct. 11, surrounded by Kirk and sisters Jackie and Tina. She was 89.

“She loved watching baseball games,” Kirk said during an emotional eulogy in Clarkston last week. “People talk about four-hour games. She loved it. I was thinking, what inning of the game would mom’s life be right now? I think she’d say the first inning of a doubleheader, of the second game.

“And she loved her plays. She loved a three-act play. What act was she at? Certainly not the first, or the second, or the third.

“It’s time for a curtain call, mom. Take a bow. We loved you, and enjoyed the show.”

Barbara Gibson grew up in East Lansing, and while later living in Waterford earned her bachelor’s degree from Michigan State — a fan of Spartans athletics long before Kirk starred in football there.

At Clarkston, she taught a generation of theater students, and supported them long after they graduated, whether traveling to Broadway, or attending a show at a local community theater.