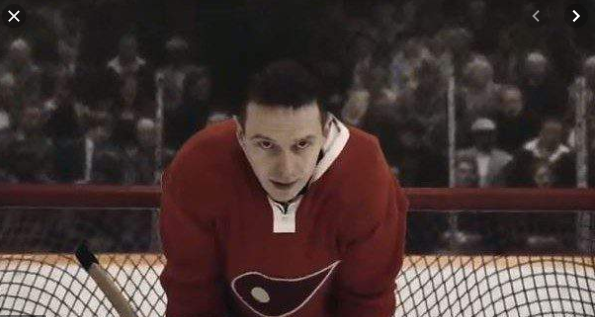 A new film on the life and career of legendary Detroit Red Wings goalie Terry Sawchuk will hit the big screen in Southeast Michigan this month.

Sawchuk played two stints with the Detroit Red Wings during the 1950s and 1960s when goaltending was an entirely different type of position than it is today. There were no facemasks and padding was sparse, to say the least. To be a goalie was to be a different type of person altogether. As his contemporary Gump Worsley put it, “My face is my mask.”

Sawchuk is still regarded as one of the best — if not the best — goaltenders ever to play the game. He busted into the NHL in 1950 and won the Calder Trophy as rookie of the year. He won the Vezina Trophy four times as the league’s best goaltender. He won three Stanley Cups with the Red Wings and a fourth one with the Toronto Maple Leafs in 1967. He held the record for shutouts (103) for 46 years until Martin Brodeur broke it in 2009.

His life off the ice was checkered with a documented battle with untreated depression, alcoholism and weight loss issues. He also apparently had a strenuous relationship with Red Wings general manager Jack Adams.

Sawchuk died in 1970 after suffering internal injuries from a fight with one of his New York Rangers teammates. The death was ruled accidental.