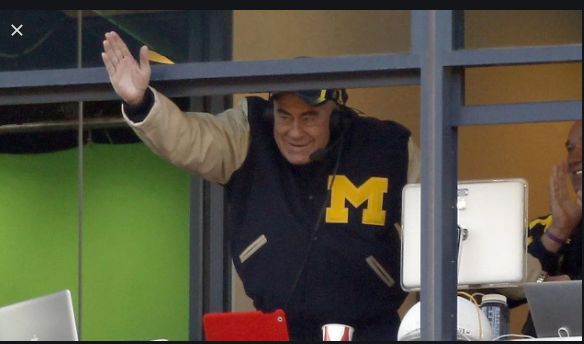 WJR-AM (760) host Frank Beckmann announced Wednesday he will retire from the radio station in March.

A Detroit native, he was a news reporter in 1972, later became a University of Michigan football play-by-play man for 33 seasons and has been hosting his own conservative-oriented show that runs 9 a.m. to noon on weekdays.

After Ernie Harwell returned full-time to radio, Beckmann moved from radio to the TV booth on WKBD, working Tigers games from 1999-2003. His partners included Al Kaline for three years, Lance Parrish for one and Jack Morris for one.

His columns ran weekly in The Detroit News for several years, until 2015.

His last show will be March 26, he announced on his morning show.

The station has not yet announced what will replace Frank Beckmann’s show.

Source: Frank Beckmann to retire from WJR radio in March