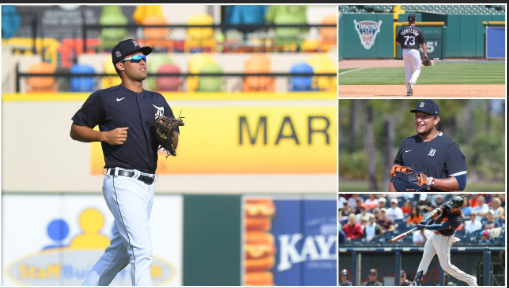 This might be the most exciting time of the year for Detroit Tigers fans.

Not only are the players back on the field after three months of bickering between MLB and the union, but the start of meaningful games is less than three weeks away, barring a major outbreak of the coronavirus (COVID-19).

Miguel Cabrera is back to goofing around on the field. Spencer Torkelson and Riley Greene are hitting batting practice bombs into the Detroit River. Michael Fulmer has returned to the mound. The young pitchers are knocking on the door.

Yes, it’s mostly smiles at Comerica Park these days. Just… try not to think about that lineup.

The lineup I’m referencing, obviously, is the one that scored just 582 runs in 161 games last season. That was 33 runs worse than the next-lowest team. It was worse than all 15 National League teams, which were forced to bat a pitcher instead of a player whose job is literally only to hit the ball.

It was almost unbearable to watch the Tigers’ offense for most of the 2019 season. Thanks to the 60-game schedule, they’ll score even fewer runs this year. But in reality, the offense should be much, much better.

Source: How the Detroit Tigers could make their Opening Day starting lineup as fun as possible