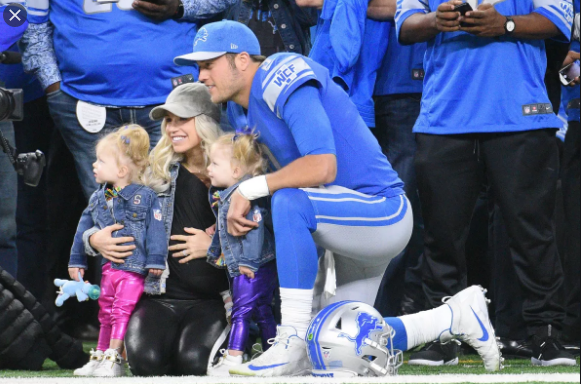 Matthew Stafford wants out of Detroit, and the wife of the Lions quarterback, Kelly Stafford, said she has bouts of “random tears” when thinking about leaving the city the couple has made its second home for 12 years.

Matthew Stafford approached the Lions after the season seeking a trade, and the organization told him last week it will try and honor that request.

Stafford has not spoken publicly about his demand, and his agents have not returned messages seeking comment.

Kelly Stafford posted a picture Monday on Instagram of the couple hugging in front of Ford Field and indicated that a move is expected.