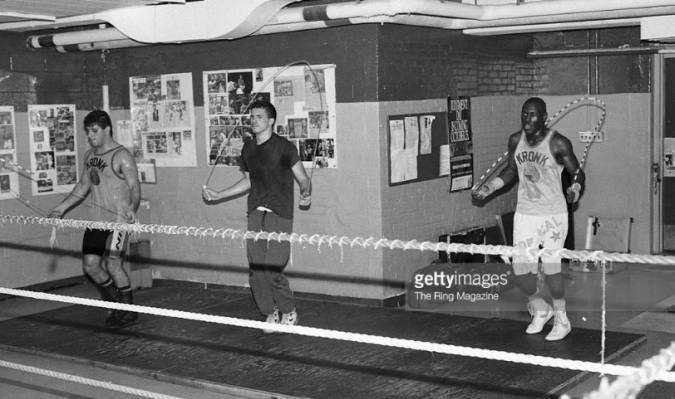 The  Kronk Gym, the world-renowned boxing gym that produced champions like Tommy Hearns, was destroyed by fire Saturday night. Deputy Fire Chief Dave Fornell said Sunday that dispatch received a call at 9:25 p.m. and when firefighters arrived at the building at McGraw and Junction high flames were reaching out of the second floor. “After trying to battle the way up there, the chief evacuated the building. It was too dangerous to be inside,” Fornell said. “We surrounded the building and then the roof collapsed.”Fornell said crews battled the fire for four hours and one firefighter injured his ankle and was transported to a hospital. “We are listing the fire as suspicious and it is an ongoing investigation,” Fornell said.