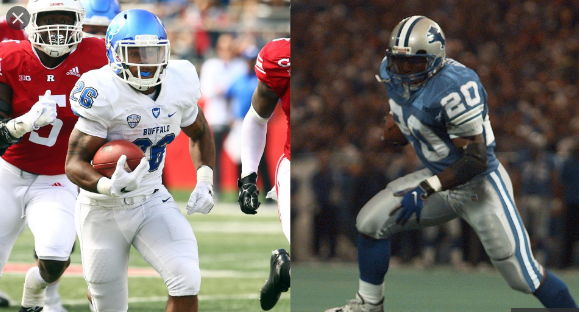 Anytime you get a shoutout from Barry Sanders, you’re doing something right.

On Tuesday, the Detroit legend and Hall of Famer tweeted at new Washington Football Team running back Jaret Patterson, congratulating him on making it to the NFL.

“Congrats to @__JP26 – Wishing you and your family the best of luck in DC – Us little guys have to have each other’s backs,” Sanders tweeted.

This isn’t the first time that Sanders has praised Patterson, either. In November, after the former University of Buffalo star ran for 409 yards and eight touchdowns (!!) in one game, the Lions legend gave Patterson a shout-out then, too.