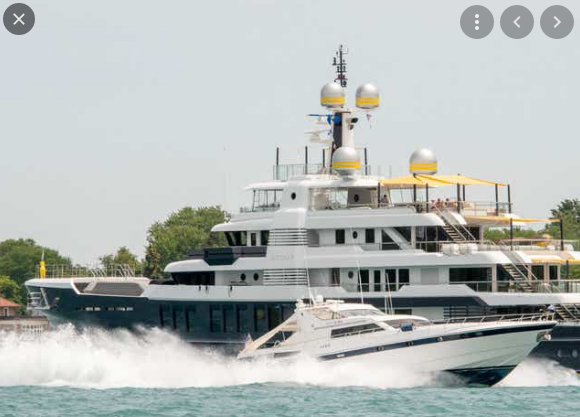 If you find yourself walking along the Detroit River today and see a huge boat, it’s not the Detroit Princess. Not even close.

You’re looking at Scout, an $85 million yacht owned by the Berwind Corp.

Its Berwind-White Coal Mining Co. is one of the nation’s leading coal producers, according to their website. James Berwind, son of corporation founder Charles, is the owner of Scout.

James Berwind is an environmental architect and animal-rights activist with an estimated net worth of $500 million.

Spotted on the Detroit River on Thursday, she is an eye-catcher. Built in 2019 by H2 Yacht Design, Scout can accommodate up to 10 guests and a crew as large as 14.

Powered by two Caterpillar engines, Scout can reach speeds of 15 knots, which equates to about 17 miles per hour.