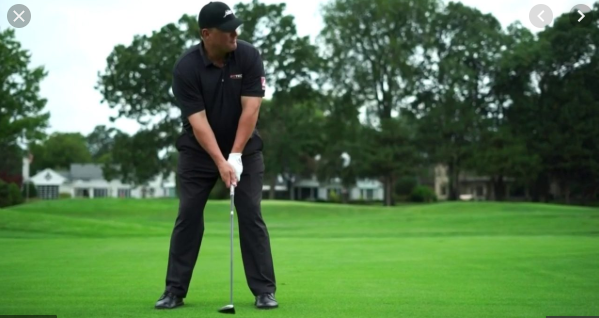 Bob Krause is known around Metro Detroit as the premier golf expert.

Krause is turning 50 next year and he’s using that milestone to push him toward his dream of one day being a professional golfer. He’s even got a Detroit Red Wings legend on his side.

Two decades ago, Krause was a professional golfer. When PGA comes up, many think of Tiger Woods and Phil Mickelson, but the PGA is a lot like baseball. It has the major leagues and the minor leagues. Krause never made it to the show.

Krause went to Q-School, which is a qualifying tournament for PGA Tour hopefuls. The top players get a tour card. Everybody else makes a decision: Keep chasing the dream or face a hard reality.

Krause didn’t make it and went into sales, and he has done very well for himself. Golf became a hobby, one that he is really good at. For him the dream still burns bright. When he turns 50 next summer, he will be eligible for the seniors PGA Tour and he’s got a plan.

Krause said he’s going to take the next six months to get physically ready. He is not taking this journey alone though.  He has powerful pack of friends helping him along the way including his longtime friend and Red Wings legend Mickey Redmond. As always, Redmond is a force.

“We are going to take this year to get Bob in condition both mentally and physically and put him in place,” says Redmond. “He’s got a great tool box on the golf course. We got to get it all together so he can get those tools out of the box and go shoot 65, 66 every day.”