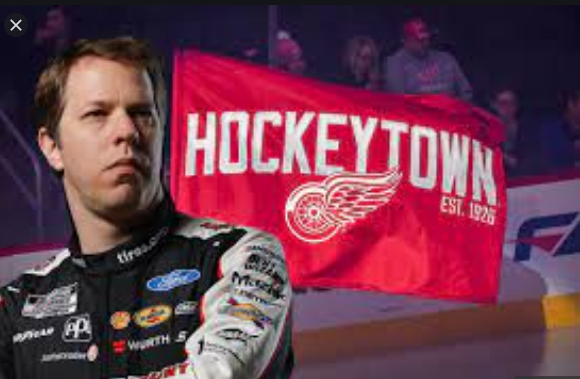 There are very few franchises in professional sports that are as ingrained in the very fabric of their respective cities as the Detroit Red Wings.

Spin the wheel and take your pick as to why: The team’s Original 6 legacy. 11 Stanley Cups. Gordie Howe, Steve Yzerman, Sergei Fedorov, Red Kelly, Chris Chelios, and countless other legends who donned the red and white. Journey’s Don’t Stop Believin’ bellowing through Little Ceasar’s Arena. The iconic winged-wheel logo that makes up some of the best uniforms in sports. A literal trademark on the phrase Hockeytown. The Legend of the Octopus. My fingers are getting tired.

Brad Keselowski—NASCAR star and the pride of Rochester Hills, Michigan—grew up idolizing Gordie Howe’s Detroit Red Wings after becoming swept up by the unmatched energy of the old Joe Louis Arena.

Source: NASCAR Star Brad Keselowski On His Admiration For Gordie Howe And Why Hockey In Detroit Hits Different – BroBible