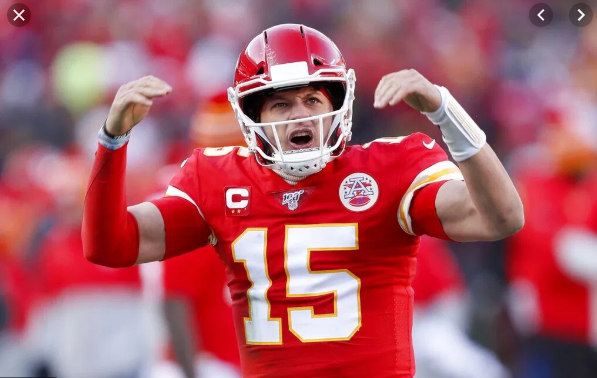 Before the record-setting NFL MVP performance.

Before the State Farm commercials.

Before the trip to the Super Bowl.

Before Patrick Mahomes was the star quarterback of the Kansas City Chiefs, he was …

That’s right, Mahomes, whose father, Pat, was a major league pitcher, was a right-handed pitcher out of Whitehouse (Texas) High School. The Detroit Tigers took a flyer on Mahomes in the 37th round of the 2014 draft, knowing that Mahomes was dead-set on playing college football.

Other Tigers picks that year: first round, Derek Hill (who has yet to reach the majors); second round, Spencer Turnbull; third round Grayson Greiner and in Round 40, Alex Faedo, who the Tigers would draft in Round 1 three years later.

But why seemingly waste the pick? Well, in the 40-round draft, the final few rounds are usually designated for “what if” players and, to be honest, nepotistic selections. For example, the player taken in the 38th round by the Tigers that year: Magglio Ordoñez’s son, Magglio.

But if Mahomes was more than just a favor to a former major leaguer. If he was at all interested in pursuing a baseball career, there was something there.

[“If he had just focused on the mound, we’d be talking about somebody throwing 94-95,” Tigers area scout Tim Grieve said to MLB.com in 2017. “How he throws a football is a lot like how he throws a baseball.”

As the story goes, Mahomes went on to play football at Texas Tech, where he set a few NCAA passing records. He parlayed that into getting drafted 10th overall in the 2017 NFL draft.

Since then, has passed for over 9,400 yards after starting just 31 regular season games, he was named the 2018 NFL MVP after throwing for 5,000 yards and 50 touchdown passes, and he has won three playoff games in two seasons and led the Chiefs to their first Super Bowl appearance in 50 years.

But the opportunity the Tigers gave Mahomes was not lost on him. He told Kansas City TV reporter Harold R. Kuntz in September:

Mahomes on being drafted by the Detroit Tigers: “I was in Lubbock when I got drafted, they knew I was going to play football, but it was still a cool opportunity to get that accomplishment of having that and I appreciate them for giving me that chance.”
That comment came a few days before Mahomes and the Chiefs defeated the Lions at Ford Field, 34-30.

Source: Patrick Mahomes was with Detroit Tigers before heading to Super Bowl