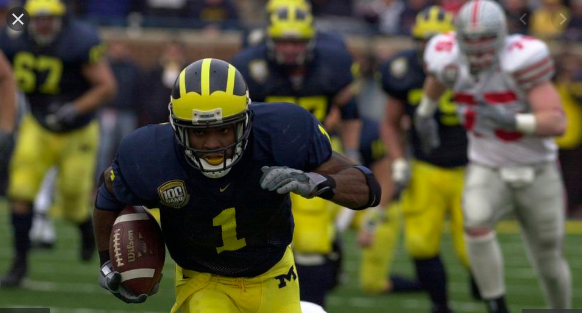 The Metro Detroit area has had countless area high school football players make it into the NFL. Many found there way into the pros through the NFL draft or by getting picked up as an undrafted free agent.

But which players were taken the highest? Here is a walk down memory lane of recognizable football players who attended Metro Detroit area high schools and were taken in the first two rounds of the NFL Draft.

After a four-year college career at Ohio State where he became team MVP and an All-American, Johnson went on to win Super Bowl XXI and Super Bowl XXV with the Giants. The linebacker was nominated to two Pro Bowls. After retirement, he went onto an NFL coaching career where he won three additional Super Bowls in various coaching positions with the New England Patriots. He was most recently the defensive coordinator and linebackers coach for the Los Angeles Wildcats of the XFL.

Barwin played at Cincinnati in college. During his senior season, he averaged almost a sack per game (0.9), leading the Bearcats and the Big East conference, ranking 16th nationally. His 11 sacks as a senior were two off the school record. He was selected to a Pro Bowl in 2014 as a member of the Philadelphia Eagles and he also played for the Los Angeles Rams in 2017 and the New York Giants in 2018. He retired in Oct. 2019.

Stanton’s record at quarterback was a perfect 28-0 as a starter at Farmington Hill Harrison, leading the Hawks to two Division 2 titles in the fall of 2000 and 2001, the fourth and fifth-straight titles for the storied program. He was an All-American as a senior and he was 234-for-357 passing (65 percent) for 5,293 yards and 58 touchdowns in his high school career.

He went on to play for the Michigan State Spartans, where he passed for 6,524 yards with 42 touchdowns and 28 interceptions in his career, while also rushing for 1,512 yards and 15 touchdowns. He was drafted by the Detroit Lions in 2007 and left in 2011. He is currently with the Cleveland Browns organization.