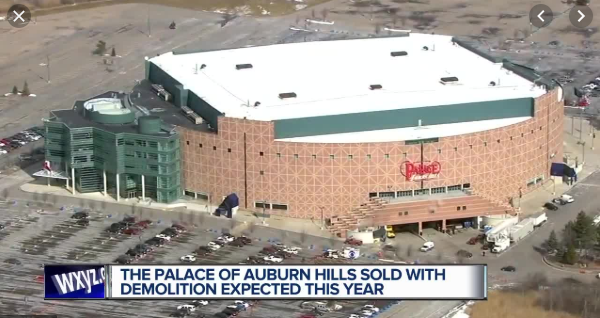 It’s truly the end of an era.

The demolition of the Palace of Auburn Hills has officially begun. The home of the NBA’s Detroit Pistons from 1988 to 2017 and the site of countless concerts and family shows will soon be no more.

Crews were seen beginning to remove the name from the front of the arena on Sunday. According to Detroit Pistons owner Tom Gores, he’s working to redevelop the site with a real estate company.

The final event at the venue was a concert by Detroit’s own Bob Seger in September of 2017.