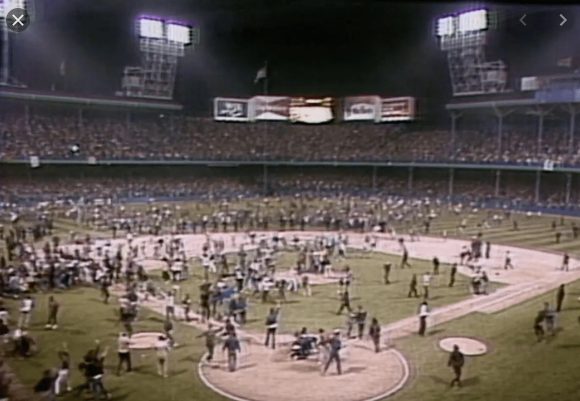 If you are from Michigan, you are most likely a fan of Detroit sports. Depending on your age, you have been able to see some of the great moments in sports history happen right here in Detroit. Whether it was watching Kirk Gibson hit a 3-run home run in the 1984 World Series or living through the “Bad Boys” winning back-to-back World Championships, Detroit fans have been able to celebrate some great moments.

Here is a list counting down the top 10 moments in Detroit sports history. Which moments do you think deserve to be on this list?

*These rankings are limited to the four major sports teams from Detroit.

It’s no secret that over the years, the Detroit Lions have not given fans much to cheer about, especially when it comes to winning. That being said, Detroit fans were lucky enough to watch the greatest running back in NFL history, Barry Sanders, run the football up and down the field.

Though Sanders never had the chance to play in a Super Bowl, he did provide Detroit fans with one of the single greatest seasons in NFL history. In 1997, Sanders started off the season with a total of 53 rushing yards in his first two games, but following that it was classic Barry. In the next 14 games, Sanders rushed for over 100 yards in each game and finished the season with 2,053 total rushing yards.

It’s unfortunate the Lions could never put a great team around Barry. If anyone deserved to win a Super Bowl, it was him.