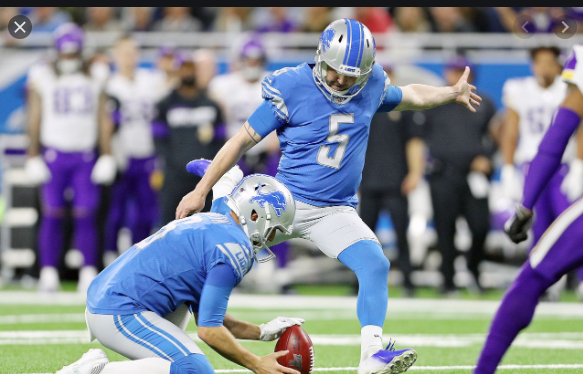 No man has ever kicked a 65-yard field goal in a game. But Matt Prater thinks he can do it.

Yes, that Matt Prater. Who turns 36 years old on Monday.

“I definitely think I could,” the Detroit Lions place kicker said in a video call this week. “I feel really good this year going into it. I feel like I’m in better shape, I feel better, my leg feels really fresh right now.”

It’s pretty easy to make the case Prater is the best long-ball striker in the history of the NFL. And there’s no doubt he’s already the best long-ball striker in Detroit Lions history, setting the franchise record with a 58-yard blast against the Vikings in 2016, then topping his own record later that year with a 59-yarder in the finale against Chicago.