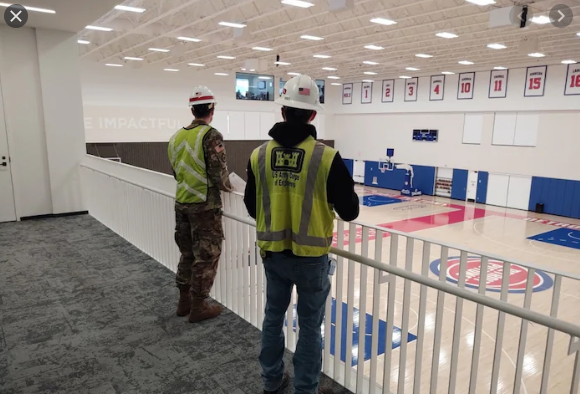 As the organization engages the business community and identifies areas to assist crisis response efforts in battling COVID-19, the infectious disease which threatens lives and livelihoods, one possibility is under consideration by government officials.

The state of Michigan has proposed the Henry Ford-Detroit Pistons Performance Center, which opened last fall, as one of several sites around the state that could be used to house healthcare workers if the pandemic strains hospital capacity in the coming weeks.

Michigan asked the Detroit district of the U.S. Army Corps of Engineers to assess the feasibility of using the PPC and several other sites around the metropolitan area.

Construction is nearly completed that will convert downtown Detroit’s TCF Center, which is a larger venue that could hold up to 1,000 hospital beds, into a field hospital for COVID-19 patients. It was announced that the Suburban Collection Showplace in Novi will become the state’s second field hospital site.
But more space could be needed.