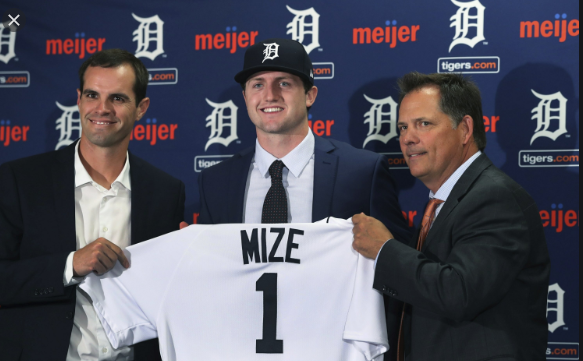 Casey Mize was the No. 1 pick in the 2018 amateur draft, and Matt Manning was a first-round selection two years earlier.

Those two pitchers are the headliners of Detroit’s rebuilding process — and they aren’t the only Tigers prospects worth paying attention to this year.

“I think there’s some other names that probably should be involved in that as well,” Mize said. “We have a really good group, honestly. The more people we can attach to that headline, is probably for the better. That’s good news for Tigers fans, good news for the organization.”

The Tigers held their first workout for pitchers and catchers Wednesday, and while only the most optimistic Detroit fan would predict a great season, there are finally some signs of promise. Mize, Manning and Tarik Skubal are all in camp as non-roster invitees. Although none of them are expected to be in the big leagues on opening day, they could form the core of the Tigers’ rotation of the future.

“I think that’s something this organization should be proud of, having those good prospects there,” manager Ron Gardenhire said.

The Tigers lost 114 games last season and have the No. 1 pick in the draft for the second time in three years, so that’s at least one more chance to add a marquee prospect to their system. So far, Detroit’s rebuilding efforts have been centered around pitching.