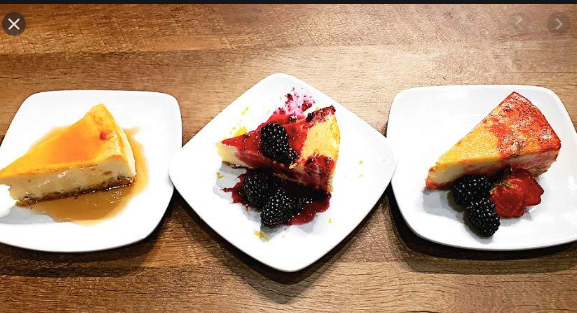 Sean Brezzell has always planned to expand his cheesecakerie to have multiple locations.

The owner of 24th Cheese Cakerie and “The Cheesecake Guy” told us just that when we spoke to him last May when he opened his first cheesecakerie in Briarwood Mall.

Just over a year later, he will be opening up his third location in Madison Heights, which will be run by Brezzell’s childhood friend, Brandon Dent, and his wife, Lydia. The two are already part of the cheesecakerie’s executive team and help at the Ypsilanti location, but they will take over operations responsibilities at the new location, which is slated to open October 1.

“They know the community out there and that is what we’re all about — impacting the community by adding value to it,” said Brezzell. “We just want to add some type of value to it, and if we can do that with cheesecakes, why not!”

The new store will be located on John R Rd. and 13 Mile Rd. and Brezzell said there is more in store for visitors to the new location. It will sell whole cheesecakes on-site and he is thinking of adding more sweet treats like, cheesecake milkshakes.