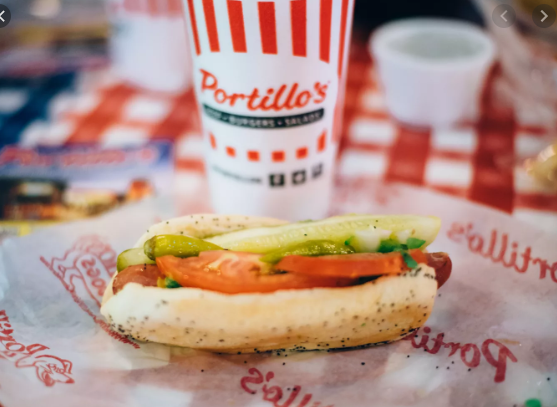 Chicago’s reigning favorite street food chain, Portillo’s, is eyeing a Michigan expansion. A site plan was recently submitted to the city of Sterling Heights. It proposes a restaurant with a drive-thru, Crain’s reports.

Portillo’s is an iconic name in Illinois. The restaurant is known for its Chicago dogs and Italian beef sandwiches. And although there are more than 60 locations in the U.S., the ones closest to Detroit are situated across the Indiana state line.

While the Portillo’s invasion is promising, there still may be some hoops for Portillo’s to jump through: The planned 230-seat metro Detroit outpost cites its potential location as 14425 Lakeside Circle — an address currently belonging to Andiamo Sterling Heights. The restaurant group’s CEO Joe Vicari tells Crain’s that Andiamo still has several years left on the lease and Portillo’s declined to confirm plans for the restaurant.

Portillo’s Hot Dogs, LLC registered as a business entity in Michigan in January, according to state records.

The city is expected to review the proposal in March.