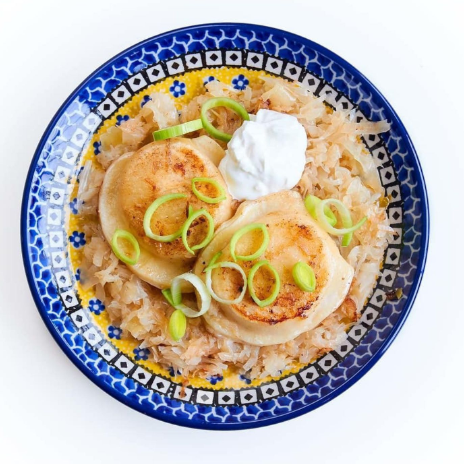 Like so many area businesses, Rocco’s Italian Deli in Cass Corridor has had a tough time over the last two weeks: Co-founder Kyle Mrkva says that the restaurant has seen its business decline by nearly half. While he and his partners are fortunate that they haven’t had to lay off any employees yet, some have had their hours slashed. And the restaurant, moreover, has had to adapt its business model to follow the rapidly changing quarantine landscape in Michigan.

“We went from being probably about half dine-in and half carry out… to exclusively carry out,” Mrkva says. Now, business is around 90 percent curbside takeout, and Rocco’s offerings have adapted accordingly: the restaurant has expanded its selection of shelf-stable grocery items as well as wine inventory for home cooks. What its owners didn’t anticipate, though, was the popularity of take-and-bake dinners. After they started selling them a couple of weeks ago, Mrkva says, “we noticed those were selling quite well during our quarantine times.”

Rocco’s now features a daily menu of take-and-bake meals for customers who want a middle ground between takeout and cooking from scratch. More and more metro Detroit restaurants are following suit, selling frozen or prepared dishes ready to plop in a pot of boiling water or shove in the oven.

Among them are Marrow and Folk. Like several other establishments around town, they have started to offer an expanded selection of groceries and home goods to serve customers practicing social distancing. In addition to items like organic ground beef, toilet paper, and takeout meals, the restaurants have added prepared foods like Folk’s frozen meat pies and frozen green curried sweet potato soup.

Chef Sarah Welch of Marrow says the butcher shop is taking a variety of approaches to serving the community under quarantine. At the beginning of the quarantine period, Marrow made a large selection of prepared sandwiches and focused on selling meat from its counter; it has since expanded to market items such as dry goods, local eggs, bread, and greens. This week, the restaurant added a broader takeout menu. (Delivery will soon be available through DoorDash.)

Still, Welch and her team are brainstorming more options to try to compensate for the decline in business. The restaurant is packaging its popular glutinous rice dumplings and ice cream, as well as preparing take-and-bake items like pot pies and meatloaf. Welch says the goal is to start rolling out items like DIY bacon and DIY meatball kits. “We’re working on making kits for keeping people busy,” she writes in a message.

Chefs Brad Greenhill, Mike Conrad, and Tony Redman of the sibling restaurants Takoi and Magnet are also trying to make the best of an extremely difficult situation. Just over a week ago, the trio closed both restaurants indefinitely and laid off roughly 80 employees in the process. On Tuesday, they returned to the kitchen to prepare ready-to-eat and ready-to-cook dishes inspired by both restaurants and sold from a curbside market at Takoi in Corktown.

The menu includes za’atar focaccia bread, pickles, and hummus, khao soi soup kits, and chicken dinners for two. Customers can place orders online with a desired pick-up time. Greenhill was modestly optimistic about the new venture in a message to Eater today. “We got a great response for day one,” he wrote. “We’ll see if it’s something sustainable. Obviously it’s not the same as being open for normal business, but we got about 75 orders.” Greenhill plans to take things day by day and see whether the pop-up market maintains enough interest.

Outside of Detroit, Zingerman’s Cornman Farms in Ann Arbor is also providing frozen meals for customers. The restaurant’s Stock Your Freezer sale features options like smoked salmon, chicken spaetzle soup, vegetable lasagna, and cottage pie priced between $12 and $50 per item.

Back at Rocco’s, Mrkva says the restaurant is trying to make do during an uncertain time by keeping people fed with hearty sandwiches and new daily specials like pork and beef ragu. What’s really helped, though, are the customers. “The community has been super generous with tips,” he says, noting that they’ve helped to fill some of the gaps in employee paychecks this month.