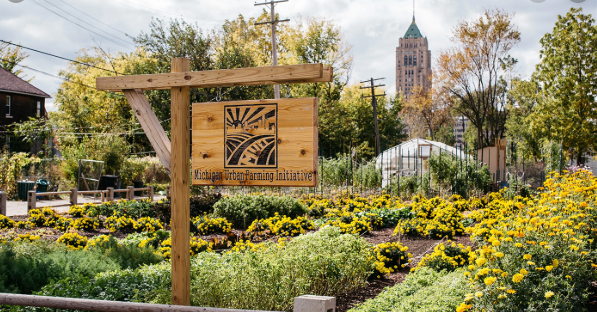 A decade ago, a resurgence of urban gardens and farms sprouted a new agricultural trend around the country. And while many of them continue to thrive, in the past five years, another trend has entered the urban agricultural scene: agrihoods, short for agricultural neighborhoods.

The term, trademarked in 2014 by Southern California-based development company Rancho Mission Viejo, is a real estate brand that—different from urban gardening—centers agriculture in neighborhoods, and is mostly targeted at affluent millennials, who are increasingly considering proximity to fresh and “clean” foods in their homebuying decisions. The Urban Land Institute defines agrihoods as master-planned housing communities with working farms as their focus. Overwhelmingly, they have large swaths of green space, orchards, hoop houses and greenhouses, and some with  barns, outdoor community kitchens, and environmentally sustainable homes decked with solar panels and composting.

Agrihoods, which number about 90 nationwide, are typically in rural and suburban areas—with some near large urban centers such as Phoenix, Colorado, and Atlanta—replacing previous generations’ desire for the lush green acres of golf communities. They’re newer communities with homes that cost $300,000 to $700,000, but can be in the millions such as those in the Walden Monterey community in the Bay Area. At Walden Monterey, luxury amenities are expected where lots start at $5 million each.

Instead of living on or near a golf course, San Francisco’s tech giants can live near a unique farm-to-table agrihood, where they walk out their front doors to pick the fixings for their avocado toast.

But a new type of agrihood has emerged.

Within the city of Detroit, home to nearly 1,400 community gardens and farms, there is one officially designated agrihood, Michigan Urban Farming Initiative. The nonprofit in the North End neighborhood, just north of the recently gentrified Midtown area, calls itself America’s First Sustainable Urban Agrihood.

Source: In Detroit, A New Type of Agricultural Neighborhood Has Emerged by Biba Adams — YES! Magazine