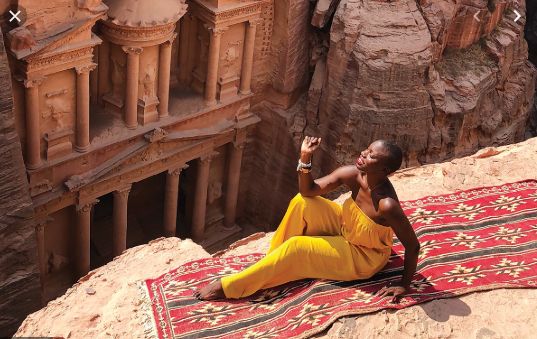 Jessica Nabongo has been traveling internationally since she was 4.

Her parents are both Uganda immigrants. They showed her the world was hers to explore.

So far, she has visited 193 United Nation countries and two non-member observing states — Palestine and the Vatican.

Nabongo is a geography nerd. She’s always been curious about other cultures, food, and how other people live around the world. She decided in 2017 to try to visit all of the countries in the world. At that time she was already at 60 countries.

Coming from Detroit, she has felt blessed that she came from such a diverse city. She said she feels lucky to have a place like Dearborn so close. Places like Greektown and Southwest helped her have an open mind.

“The thing about traveling a lot and especially being off the beaten path is about being positive. Because when you’re very positive you bring good things to you. And it’s about trusting strangers,” she said.

What she’s learned on her travels

1. Most people are good.
2. We are more similar than we are different. We’re all human beings. We all want food, water, shelter, to be happy and see our kids grow up happy. People are good.

Some of her best experiences have been visiting places that people in America might have negative impressions of, such as the Democratic Republic of Congo, Iran, Pakistan, Yemen, Jordan, and Palestine. She’s been introducing characters and new friends to her social media followers. It’s a way to shift the narrative and help people learn about the world.