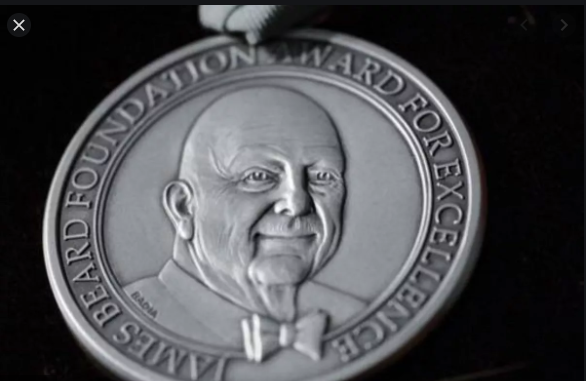 The James Beard Foundation singled out several Detroit-area restaurants this morning as they announced the semi-finalists for the 2020 James Beard Awards.

Saffron De Twah, Eater’s 2019 Restaurant of the Year, is listed as a nominee for Best New Restaurant. Sister Pie’s Lisa Ludwinski, a 2015 Eater Young Gun, got a nod for Outstanding Baker. Sugar House is in the running for Outstanding Bar Program. Selden Standard’s Lena Sareini, a 2018 Eater Young Gun, is up for Rising Star Chef of the Year, and several area chefs could take home the Best Chef Great Lakes title, including Andy Hollyday (also of Selden Standard), Ji Hye Kim (Miss Kim in Ann Arbor), Abra Berens (Granor Farm in Three Oaks, Michigan), Mike Ransom (Ima; a 2017 Eater Detroit Best New Restaurant), and Sarah Welch (Marrow; one of Eater’s Best New Restaurants). Several of these individuals and destinations, such as Sister Pie and Marrow, have been considered for awards in the past.

Further outside Detroit, Ann Arbor’s Zingerman’s Roadhouse got a nod for Outstanding Hospitality, while Birmingham’s Sameer and Sami Eid (Phoenicia, Forest, Leila) are in the running for Outstanding Restaurateur.

Here Are the 2020 James Beard Awards Restaurant and Chef Semifinalists

After the judges and committee members vote, this “long list” will drop down to five finalist nominees per category, to be announced on Wednesday, March 25 from Philadelphia. Winners will be announced during the James Beard Awards Gala in Chicago on May 4, where the previously announced six America’s Classics winners (one more honoree than in previous years) will also be acknowledged. (Meanwhile, media awards winners will be revealed on Friday, April 24.) Find the full list of nominees here.

Michigan was recognized by the Foundation last week, when they revealed that Zehnder’s of Frankenmuth would be the recipient of an America’s Classics Award, recognizing institutions.

Disclosure: Some Vox Media staff members are part of the voting body for the James Beard Awards.