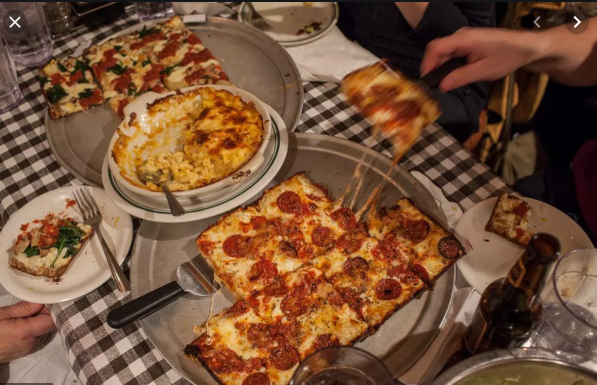 Detroit-style slinger Buddy’s Pizza is officially bringing its original recipe for square pizza to downtown Detroit next week. The restaurant is slated to arrive near Grand Circus Park in the Madison building on Wednesday, December 11.

Buddy’s was founded in Detroit near the border of Hamtramck in 1946. While it’s expanded to multiple suburban locations over the years, the originator for the Sicilian-influenced pan pizza has never opened a location in downtown Detroit. Buddy’s chief brand officer Wes Pikula told Eater in February when the location was confirmed that the restaurant group had considered opening in Greektown nearly 35 years ago but never took the plunge.

“This is our first restaurant downtown — in the heart of the city where the Buddy’s story began,” Pikula says in a release confirming the opening date. “We are looking forward to continuing to create happy memories with Detroit residents and visitors for generations to come.”

Detroit-Style Pizza Is Having a Moment. But Are Its Originators Getting Left Behind?

Located in the former Angelina Italian Bistro space, the new Buddy’s Pizza Downtown will span 7,000-square-feet with roughly 200 seats and a 25-seat patio overlooking Broadway. There will also be a grab-and-go area for customers wanting a crispy cornered slice during their lunch breaks.